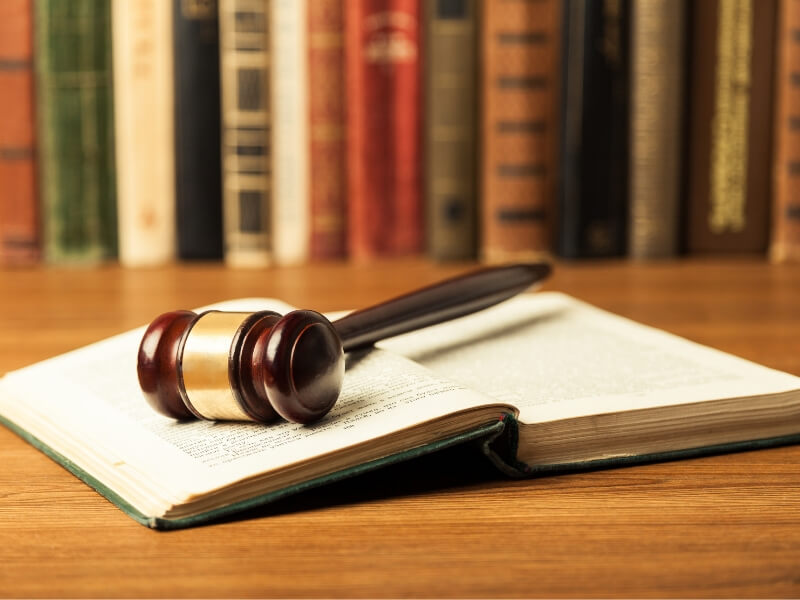 A tax threat for vended laundries has been heating up in Connecticut in recent months. Connecticut Governor Ned Lamont has unveiled his state budget plan, which includes an expansion of the sales tax base to include new services – including laundry services.

As of this writing, Governor Lamont’s budget is the largest proposed gubernatorial tax increase in 2019. He ran for office pledging not to raise tax rates. However, when faced with a $3.7 billion two-year budget deficit, the governor announced that new taxes would be necessary.

Clearly, laundries play an integral role in providing a basic service to Connecticut residents who don’t enjoy access to in-home laundry services. Sales tax exemptions for self-service laundries are an important tax provision that have far-reaching social and economic benefits. Laundries protect the financial security of low-income working families and other vulnerable populations. Taxing laundromat services is regressive, because these businesses serve low-income renters, senior citizens on fixed incomes, students and others who can’t afford to purchase washers and dryers on their own.

The median household income of a typical self-service laundry customer is $23,000 per year, according Coin Laundry Association statistics. Applying sales tax on these transactions is a regressive tax that isn’t paid by wealthier individuals who can afford to purchase washers and dryers for their own homes.

There is also the risk that requiring sales tax collection from self-service laundry consumers would force laundry owners to purchase new equipment or pay for expensive upgrades to perfectly functioning existing equipment. Because the vast majority of vended laundries accepts payment by quarters only, taxing self-service laundry services would require either an additional 25 cents of tax (substantially increasing the end-cost of the service) or the purchase of new equipment to accept final costs in non-25-cent increments (an unnecessary and high-cost expense for business owners).

To fight this threat to the industry’s sales tax exemption in Connecticut, the CLA has engaged Capital Consulting – a lobbying firm that will work to educate lawmakers as to the negative impact this proposed tax would have on laundry owners and the communities they serve. The state’s legislative session runs through mid-June.

States Target Laundries for Taxation in 2019

In recent years, states have increasingly considered taxing services by expanding the sales and use tax base – and 2019 has been no different. So far this year, taxation of services bills have been introduced in nine states: California, Connecticut, Florida, Montana, Nebraska, Texas, Utah, Virginia and Wyoming. Similar legislation is expected to be introduced in Rhode Island and South Carolina. And only one of these states, Texas, would not levy the sales tax on laundry services.

While their legislative sessions continue, several of these bills have fizzled out and are likely no longer politically viable. For example, Wyoming introduced a number of aggressive tax reform proposals at the beginning of the year, but legislative leaders have abandoned hope of passing them in 2019. Similarly, in Utah, Governor Gary Herbert had been talking about taxation of services since last December, but recently bowed to pressure from a number of industries and announced that he would lay his bill over until a possible summer special session.

“Moving forward, we will be keeping a particular eye on California and South Carolina, because our sources on the ground indicate that these are the states most likely to take significant steps toward taxing services,” explained Ryan Maness, senior policy analyst and tax counsel for MultiState Associates. “Lawmakers from both parties have expressed interest in new taxes on services, arguing that they are a way to reduce revenue volatility and ‘modernize’ the tax code to keep up with a changing economy. Given this undercurrent of legislative interest, if a major state were to enact one of these bills it could inspire lawmakers in a number of other states to follow suit.”

State lawmakers have debated legislation that would apply the sales tax to laundry services in the past – either by taxing services broadly or by taxing personal care services specifically – but these have typically failed to gain traction.

A recent study by the U.S. Government Accountability Office found that replacing the $1 note with a $1 coin would likely result in a net loss to the government over 30 years.

The GAO discovered that the government would incur a loss of about $611 million if notes were actively replaced and about $2.6 billion if $1 notes were replaced gradually. These simulations represent the first time the GAO has found that replacing the $1 note with a $1 coin would result in a net loss to the government, rather than a net benefit.

The GAO’s estimates are based on current data and economic projections, which have changed over time. For example, the lifespan of the $1 note has more than doubled since a 2011 GAO analysis, from 3.3 years to 7.9 years, largely due to changes in note processing technology. Stakeholders generally identified few benefits from replacing $1 notes with $1 coins. Seven of 10 stakeholders the GAO met with said that replacing the $1 note with a $1 coin would result in additional costs. For example, armored carriers told the GAO that their transportation costs would increase because coins weigh more than notes.

However, Federal Reserve officials and some stakeholders expressed concern about temporarily suspending the penny due to the potential for external effects, such as penny shortages. Stakeholders were unconcerned about changes to the nickel, as long as the changes would not affect how the coin functioned, for example, in vending machines.

Since Congress specifies in law which coins are made and their metal composition, the Mint has proposed legislation to enable the Secretary of the Treasury to change the metal content of coins as long as the weight or machine acceptance of the coins is unaffected. Without such authority, the Mint might not be producing coins as cost-effectively as possible.

The U.S. spent about $1.3 billion in 2017 to produce, process and circulate coins and paper notes for use in the economy. Since 2006, both the penny and nickel have cost more to make than their face value. Other countries have replaced notes with coins of the same value to reduce costs. Since 1990, the GAO had estimated replacing the $1 note with a $1 coin would provide a benefit to the federal government.

The GAO was asked to examine the potential cost savings to the government from making changes to currency. It conducted economic simulations of continued use of $1 notes and replacing notes with $1 coins; examined cost data from the U.S. Mint; and interviewed officials from the Federal Reserve, U.S. Mint and Bureau of Engraving and Printing, as well as 10 selected stakeholders representing industries that could potentially be impacted by currency changes.

Based on its study, the GAO recommended that Congress should consider taking steps to authorize the Secretary of the Treasury to adjust the metal content of circulating coins.

Lawmakers in Oregon and Washington may be making substantial changes to their respective tax codes, according to MultiState Associates, the Coin Laundry Association’s legislative analyst.

In Oregon, even before the 2019 session kicked off, there were rumblings that legislators wanted to take another stab at establishing a gross receipts tax. And recent news reports have made it clear that the debate is still forthcoming and that battle lines are being drawn within the business community.

Nike, at the head of a coalition of business and labor groups, is arguing that a gross receipts tax would spread the financial burden across all industry sectors. Intel, backed by Oregon Business & Industry, objects saying that a GRT would lead to a host of negative effects and that something similar to a value-added tax would be preferable.

“It isn’t clear at this point how the ultimate bill will be structured, but it’s important to note that the two biggest businesses in Oregon are not arguing about whether to levy a new tax, but how to levy it,” said Ryan Maness, senior policy analyst and tax counsel for MultiState Associates. “This support could grease the skids enough for pro-tax lawmakers to succeed where they had previously and repeatedly failed.”

On March 25, the Washington House released a slate of biennial budget bills, which they pitched as making new investments in education and workforce development. Among the funding mechanisms for this new spending is a new business and occupation surtax levied on a wide range of service providers.

For most providers, the surcharge would be 0.3 percent, while certain advanced computing businesses would be charged either 0.5 percent or 1 percent, depending on their gross revenue. More than 40 different service sectors are singled out in the bill, including accounting, legal services, financial investment, insurance, business management and advertising. Lawmakers hope to use this surcharge to raise $427 million.

As of this writing, the Washington Senate was expected to release its fiscal proposals within days. Once each chamber has adopted its biennial plan, negotiations can begin – with the hope of reaching a budget agreement before April 28, the last scheduled day of the session.

Alabama Governor Kay Ivey recently signed the “Rebuild Alabama Act” into law, which will increase the state’s fuel tax by 10-cents-per-gallon. Under the new law, once the increase is phased in over three years, the state’s gas tax will become indexed to the National Highway Construction Cost.

Traditionally, non-election years are a popular time to raise new revenue for transportation infrastructure investments. In 2017, the most recent non-election year for most states, seven states passed substantial road funding measures. Although the Trump Administration and Congress have yet to deliver on a promised injection of infrastructure funding, 26 states have raised fuel tax rates since 2013 to invest in roads and bridges.

The Alabama measure follows the trend set by many other recent infrastructure funding measures, which include a major increase in fuel taxes paired with increases in vehicle registration fees and new annual fees for electric or hybrid vehicles. Alabama’s 10-cent fuel tax increase falls within the range of six to 12 cents that other states have used, and the law includes a new annual registration fee for electric and hybrid vehicles of $200 and $100, respectively.

New governors are leading the push for infrastructure investment in their states. Ohio Governor Mike DeWine is asking for an 18-cent increase in the state’s gas tax, and lawmakers are currently debating legislation on the subject. Governor Tony Evers is requesting an eight-cent increase in Wisconsin. And Michigan Governor Gretchen Whitmer has proposed tripling the state’s gas tax to “fix the damn roads.”

Illinois and New Jersey join California, the District of Columbia, Massachusetts and New York in enacting legislation to incrementally increase their minimum wages to $15 per hour. In 2016, New York and Oregon both enacted incremental increases by geographic area within the state, with Oregon’s wage gradually rising to $14.75 per hour in 2023. Since then, many proposals have included formulas for location-based increases, taking into account the differences in costs of living between urban and rural areas.

In the 116th Congress, the House Education and Labor Committee Chair Bobby Scott introduced the “Raise the Wage Act,” which raises the federal hourly minimum wage to $15 by 2024, up from the current $7.25. Senator Bernie Sanders introduced the Senate’s version.

For New Investors: Getting Into the Laundry Business