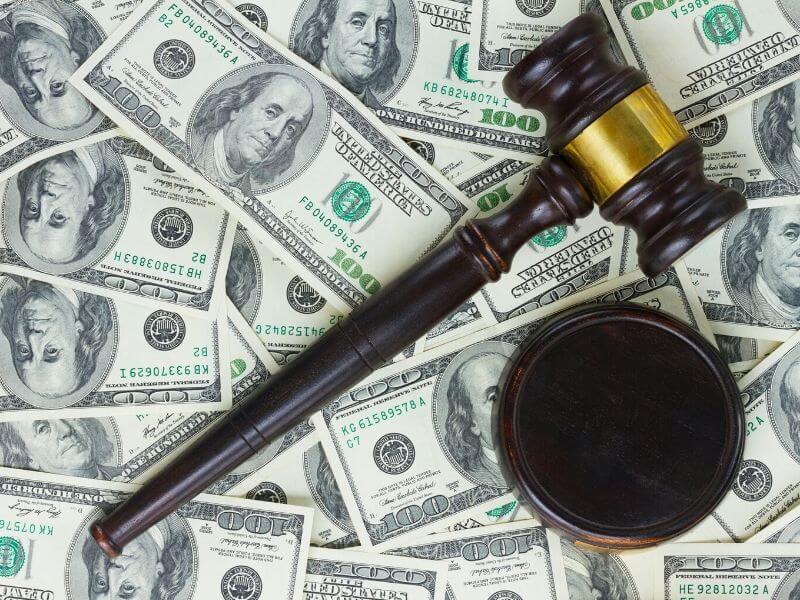 In 2019, state lawmakers across the country introduced 25 bills aimed at expanding their sales tax bases to services. Although just one of these proposals became law (a Washington Business and Occupation surtax on services), lawmakers’ interest in this topic remains, as evidenced by the number of interim working groups that are considering the issue and the amount of chatter we have heard in state capitols. Below is the list of states that we believe are most likely to introduce taxation of services legislation in 2020:

Kentucky – There have been continued discussions about sales tax base expansion in Kentucky despite not being included in the 2018 tax reform package. Lawmakers did not make taxes a front-burner issue during the 2019 legislative session, possibly due to tax policy fatigue, but Department of Revenue officials and legislators have suggested that another round of sales tax base expansion bills could be considered in 2020.

Illinois – The Land of Lincoln is in a uniquely perilous fiscal position with budget deficits and pension liabilities totaling billions of dollars. These conditions, plus the legislature’s increasingly progressive character, means that a major tax shakeup may be coming. We don’t know what kinds of policy tools state Democrats could employ, but Chicago Mayor Lori Lightfoot has been signaling that she plans to include taxation of services as a part of her fall budget proposal, and legislative leadership as supported sales tax base expansion in prior years.

Nebraska – Politicians in Nebraska have been promising property tax reform for years but have been unable to deliver. In 2019, legislators introduced seven bills that would have taxed services to pay for property tax cuts. All of the bills died in committee, but the Platte Institute, an influential think tank, funded and run by Governor Pete Ricketts, recently released a report arguing for a base expansion.

North Dakota – During the National Conference of State Legislature’s State and Local Tax Task Force discussion in August, Sen. Dwight Cook expressed that he thinks his state should eliminate the income tax by expanding the sales tax to services. The senator, who chairs the Taxation Committee, is scheduled to leave the legislature after more than 20 years and says he plans to push hard for these reforms. South Dakota already has such a tax regime (broad sales tax, no personal or corporate income taxes).

South Carolina – Before the 2019 session even began, we got word from state lawmakers that they were planning to make a major push to tax services. Their bill (HB 4532) ultimately wasn’t introduced until less than two weeks before the end of session and was never heard in committee. However, given that the bill was carefully drafted and sponsored by Senate President Pro Temp Tommy Pope, there is every reason to assume the late introduction was strategic and that it will come up in 2020 as well.

Wisconsin – Also during the NCSL SALT Task Force meeting, Rep. John Macco said that his caucus is working with the Tax Foundation to implement their “Guide to Fair, Simple, Pro-Growth Reform,” which includes taxation of services proposals.

Wyoming – Lawmakers in Cheyenne kicked off their session with a slate of aggressive tax reform bills – including a taxation of services proposal (HB 67) – they hoped would diversify the state’s fiscal portfolio away from its dependence on energy tax revenues. All of the bills died, but the drive to diversify persists. The Joint Revenue Committee has been meeting to discuss these issues and has already decided to recommend reconsideration of a corporate income tax bill and may also recommend lawmakers to reexamine base expansion.

The rise of rideshare – with Uber and Lyft – and other task-oriented jobs, generally referred to as the “gig economy,” has put a new emphasis on worker classification. Should these gig economy workers be considered self-employed “independent contractors” or traditional “W-2” employees under the law?

If they’re considered traditional employees, the employer must offer regular wages and benefits. However, if gig economy workers are considered independent contractors, then it’s a temporary work engagement, paid for only a specific job – and the company that connects that worker to the customer avoids legal and HR-related obligations to the worker.

Workers’ rights proponents would like to see more gig economy workers classified as traditional employees under state laws to provide them additional protections and benefits. State courts and lawmakers have begun to take a closer look at this issue. The employment landscape is shifting, and the way we classify workers will need to adapt.

California lawmakers, in the wake of a major court decision, have attempted to define these concepts and bring national attention to the issue.

Earlier this year, Governor Gavin Newsom signed into law legislation that will make it easier for gig economy workers to be classified as employees, rather than independent contractors. Although the bill exempts most traditional occupations from its scope, gig economy companies like Uber, Lyft and DoorDash would be required to classify workers as employees, thus guaranteeing minimum wage rates and other employee benefits.

The passage of this California legislation follows 2018’s Dynamex Operations West, Inc. v. Superior Court of Los Angeles County case where the California Supreme Court ruled that Dynamex had misclassified its delivery drivers as independent contractors, rather than full-time employees. The court’s ruling assumes that workers should be classified as a W-2 employee unless the worker can answer “yes” to all three parts of the “ABC Test”:

The California bill codified the court’s “ABC Test,” and now other states are looking to adopt and expand the Golden State’s path to ease classification of gig economy workers as traditional employees.

For instance, New Jersey Senate President Stephen Sweeney recently introduced legislation to revise the state’s existing ABC Test. The proposed legislation would amend both the “B” and “C” prongs in the existing ABC Test to make it more difficult to classify workers as independent contractors. It would eliminate part of the B prong that allows workers to be classified as independent contractors if “the service is performed outside of all the places of business of the employer for which the service is performed.” Additionally, the legislation would require workers to be engaged in activities “of the same nature as that involved in the work performed” to be classified as independent contractors. If enacted, many gig economy workers would be reclassified as employees.

During the 2019 session, lawmakers in nine states introduced legislation to adopt or modify an ABC Test to determine whether a worker should be classified as an employee or independent contractor. Until a more appealing alternative to provide gig economy workers with greater on-the-job protections and benefits is offered, expect additional states to pursue ABC Test legislation because classifying workers as employees is the most expedient way to guarantee more generous benefits to workers.

Connecticut and Oregon continued the trend of states enacting paid family and medical leave mandates with the enactment of legislation in each state. Oregon’s legislation that requires employers to provide employees up to 12 weeks of paid family leave is unique in that the law also requires low-income workers to be paid 100 percent of their wages while on leave. Meanwhile, Connecticut’s law implements a similar program that will give private-sector employees 12 weeks of paid family leave per year, funded by a payroll tax on workers of 0.5 percent.

Connecticut, Illinois, Maryland and New Jersey all enacted legislation in 2019 to incrementally increase their minimum wages to $15 per hour.

Since 2016, seven states plus the District of Columbia have enacted legislation increasing minimum wage rates to $15 per hour, as activists and progressive lawmakers continue to push for a $15 per hour minimum wage.

The Labor Department’s long-awaited revamp of its overtime rules are now in effect, giving an estimated 1.3 million workers a raise. Workers earning under $684 per week, or $35,568, must now be paid overtime, up from the previous threshold of $455 per week, or $23,660 annually.

Retailers, restaurants and manufacturers are most likely to be impacted, with shift supervisors and assistant managers among the positions that must now be paid overtime after 40 hours a week.

Employers are expected to limit the hours of some workers so that they don’t incur overtime, or raise some staffers’ pay to a level above the threshold, making them exempt from the new rules.

The IRS has issued new W-4 forms for 2020, changing the way tax is withheld from employees’ pay. The new forms reflect changes required by the tax law that went into effect in late 2017; they do away with the allowances long used to calculate how much money should be withheld from paychecks. Instead, the new forms use information that can be found on employees’ tax returns.

Current employees don’t need to fill out new W-4 forms, but new staffers or employees who want to change their withholding do need to complete them. The IRS has created a calculator to help small businesses compute withholding for the new forms if they don’t use automated payroll software or providers. It can be found on the IRS website at www.irs.gov.

A growing number of states, counties and cities have passed legislation prohibiting or restricting retailers and other businesses from giving their customers single-use plastic bags to carry purchases.

Oregon’s ban went into effect January 1 – and Maine, New York and Vermont have similar prohibitions going into effect later in the year.

There are variations among the laws and some exceptions. For example, in New York, pharmacies are exempt if the purchase is for a prescription drug, and restaurants can give diners bags for takeout food. Some of the laws also require a 5-cent charge if a customer wants a paper bag.

Although the laws have been passed due to environmental concerns, some small businesses – such as certain laundromat operations – might see a benefit from not having to buy and supply plastic bags, while in turn selling reusable tote bags to their customers.