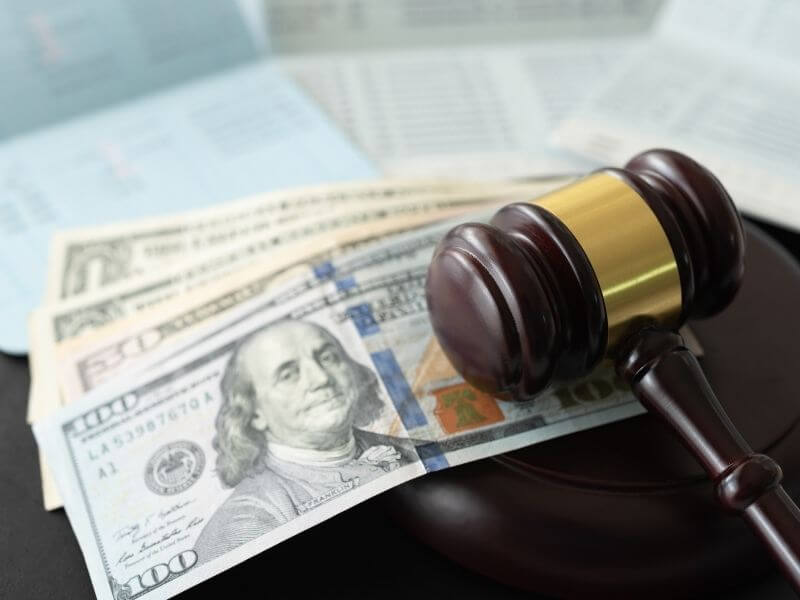 With President Biden’s recent signing of the PPP Extension Act of 2021 into law, the Paycheck Protection Program application deadline formally changed from March 31 to May 31. The act also provides an additional 30 days for the Small Business Administration to finish processing applications received by May 31.

“President Biden sent another strong message to America’s more than 30 million small-business owners negatively impacted by the pandemic: help is here,” said Isabella Casillas Guzman, head of the U.S. Small Business Administration. “By signing the PPP Extension Act of 2021 and the American Rescue Plan Act into law, the President is providing additional critical relief to the smallest of the small businesses – the mom-and-pop shops that line our Main Streets and keep our local and regional economies going.

“More than 8.2 million PPP loans have provided struggling small businesses with the relief they need to keep workers employed and make ends meet during this pandemic. The SBA remains dedicated to reaching the heart and soul of the nation’s urban, rural and low-income communities – the smallest businesses – and removing barriers to access this vital relief.”

The extension act also gives the SBA time to address significant loan application process challenges, including confusing validation and error codes, delayed guidance, and changes to the PPP loan amount calculation for self-employed borrowers, according to the American Institute of Certified Public Accountants.

Patrick Kelley, associate administrator for the SBA’s Office of Capital Access, testified during a recent Senate Small Business Committee meeting that 190,000 applications were still held up in the SBA’s PPP platform due to unresolved error codes related to validation checks instituted by the SBA to help prevent fraudulent applications from being funded.

The PPP Extension Act does not provide any additional funding for the current round of the PPP, which Congress provided with more than $290 billion to make forgivable loans to small businesses and not-for-profits. From the program’s opening on January 11 through March 21, the SBA has approved more than 3.1 million loans totaling nearly $196 billion.

“This is definitely a win for the smallest of small businesses,” said Alex Cohen, CEO of lender Liberty SBF. He noted that he has seen a large increase in application volumes, especially from sole proprietors and independent contractors that might not have applied in the first round of PPP or weren’t able to get funding.

The additional two months also may open the door for small businesses that received a first PPP loan this year to apply for a second one.

Some small businesses that recently got a first draw previously didn’t have enough time to apply for a second one, as generally eight weeks must pass between the loans so that there’s time to spend the money on payroll.

There are extra qualifications for a second draw loan beyond the eight-week time period. Small businesses must have no more than 300 employees and be able to show at least a 25 percent reduction in gross receipts between comparable quarters in 2019 and 2020, according to the SBA.

On April 6, the U.S. Small Business Administration expanded its Economic Injury and Disaster Loan program. As a result, small businesses that originally took out an EIDL loan for up to $150,000 for six months can extend that loan for up to 24 months and receive additional funds for a total of $500,000 in relief.

The SBA has stated that businesses that received an EIDL loan for up to six months and $150,000 need not submit a request to increase their loan amount. Rather, the SBA will reach out via email for details on how businesses can request additional loan funds.

Any new EIDL loan applications will automatically be considered for up to $500,000 to cover 24 months of business, according to the SBA.

Typically, forgiven loans qualify as taxable income. However, given the unprecedented circumstances of the pandemic, the Internal Revenue Service has made EIDL advances and forgiven EIDL funds non-taxable. EIDL advances do not count as part of a business’ gross income, according to a recent IRS notice.

Additionally, the same notice states that business expenses that are normally tax-deductible – including rent, payroll and utilities – are still deductible for the 2020 tax year, even if those expenses were paid using funds from an EIDL loan or an EIDL advance.

Some states may still consider SBA disaster loans as taxable income, so it’s important to consult with a tax professional before filing this year, if you received funding from the PPP or EIDL programs.

American Rescue Plan Act: What It Means for State and Local Governments

Last month, President Biden signed into law the American Rescue Plan Act, providing $1.9 trillion in fiscal relief to those financially impacted by the coronavirus pandemic and to stimulate economic growth, as well as funds to assist in the massive distribution of the vaccines to stop the spread of COVID-19. Included in the ARPA is more than $673 billion in direct and targeted funds to state and local governments, the largest of which is $350 billion for the Coronavirus State and Local Fiscal Recovery Fund.

Funds will be distributed to a state within 60 days after the Department of Treasury receives a certification from the authorized officer of the state, most likely the governor. The Treasury Secretary has the authority to delay paying up to 50 percent of the state’s allotment for up to 12 months from the time the state has filed its certification. States have until December 31, 2024, to request assistance from the Coronavirus State Recovery Fund.

The certification would stipulate that the state needs financial assistance:

The legislation added two restrictions to the use of the funds. A state “shall not use the funds to either directly or indirectly offset a reduction in the net tax revenue of the state” during the “covered period,” which runs March 3, 2021, until the end of the fiscal year in which the state has fully expended the state’s allotment or by December 31, 2024.

As with many provisions of the State Recovery Fund, the Treasury Department is expected to provide detailed guidance to the states on how to meet the requirements and restrictions in the Act.

The second restriction prohibits states using funds for deposit into any pension fund.

During the Senate floor consideration of the ARPA, the last amendment approved established the Coronavirus Capital Projects Fund with an appropriation of $10 billion to carry out critical capital projects directly enabling work, education and health monitoring, including remote options in response to COVID-19. Each state, the District of Columbia and Puerto Rico will receive $100 million and the remaining funds will be distributed based upon the total population of the state (50 percent), the amount of state residents living in rural areas (25 percent) and the number of households that are below 150 percent of the poverty line (25 percent).

The breakdown for local governments in the Coronavirus Local Recovery Fund is as follows:

Local governments are required to file a certification request by the authorized person of the locality under the same requirements and restrictions as states to receive their funds.

In addition, the ARPA provides $20 billion for tribal governments and $19.5 billion for territories (however, the District of Columbia funds will come through the states’ allotment). Other funds authorized in the current stimulus package for state and local governments include:

Since the first stimulus legislation enacted in March 2020, more than $1 trillion in federal funds have been earmarked for state and local governments.

Representatives Mark Amodei (Nev.) and Josh Gottheimer (N.J.) have introduced H.R. 1789, the Coin Metal Modification Authorization and Cost Savings Act of 2021, bipartisan legislation developed to help save taxpayers millions of dollars each year by enabling the U.S. Mint to produce coins at a more cost-effective rate.

The Coin Laundry Association and other stakeholders in related industries have worked closely with Congressional lawmakers and the Mint to assure that this legislation provide the authorization for metal content of coins to be changed only under specific requirements – including the guarantee that any proposed alterations interact seamlessly with the current coin-reading technologies being utilized.

Clearly, this issue is crucial to industries – such as the laundromat industry – that rely on smooth transactions for millions of U.S. consumers at laundromat washers and dryers, vending machines, registers, and coins sorters throughout the retail community across the country.

“It’s critical that any coin metal compositions proposed by the U.S. Mint do not require modification of machines, whether they use electromagnetic signature or weight and diameter technology,” stressed the CLA and other stakeholders in their feedback to the bill’s sponsors. “Such a drastic change would impose significant and unnecessary financial burdens on millions of small businesses.

In 2017, the U.S. spent $1.3 billion to manufacture currency. Changing the metallic composition of coins – without affecting the way they look or work – could allow the U.S. Mint to begin producing coins at a more cost-effective rate and potentially save taxpayers a significant amount of money each year. Unfortunately, current law doesn’t give the Mint the authority to make that change.

“With the United States spending billions of dollars to manufacture currency, recent reports have suggested that modifying the metallic composition of coins would not only allow the Mint to begin producing coins at a more cost-effective rate, but it could save taxpayers millions of dollars in the process,” Amodei said. “However, until existing law is modified, the Mint does not have the authority to make that change, preventing it from operating as efficiently and cost-effectively as possible.

“Our bill takes a balanced approach to modifying existing law in a way that maintains congressional oversight while finally allowing the Mint to produce coins at a rate that will significantly reduce costs incurred by taxpayers. Now more than ever, it’s critical that we continue looking for innovative ways to rein in wasteful spending to ensure the most responsible use of hard-earned taxpayer dollars. I thank Congressman Gottheimer for teaming up with me on this common-sense solution that will alleviate some of the financial strains felt by taxpayers during these uncertain times.”

“Right now, the United States spends billions on manufacturing our currency, but we know that shifting to new technologies and methods in the coin-making process could save millions of taxpayer dollars,” explained Gottheimer, a member of the House Financial Services Committee. “I’m proud to help lead this bipartisan bill to help our nation’s coin-making be more cost-effective, save money for our taxpayers, and ensure our nation doesn’t suffer a coin shortage. Being able to keep our currency in circulation is absolutely critical to our country’s economy and small businesses.”

Specifically, this legislation would:

Companion legislation has been introduced in the U.S. Senate by Senators Joni Ernst (Iowa) and Maggie Hassan (N.H.).